You should get naked in Japan as often as you can, not just because soaking in Japanese hot springs revitalizes your body and soul, but because Japanese onsens are places to observe and participate in cultural observation. If anybody implies that you are lazy for soaking for hours, just tell them you are doing sociological research. 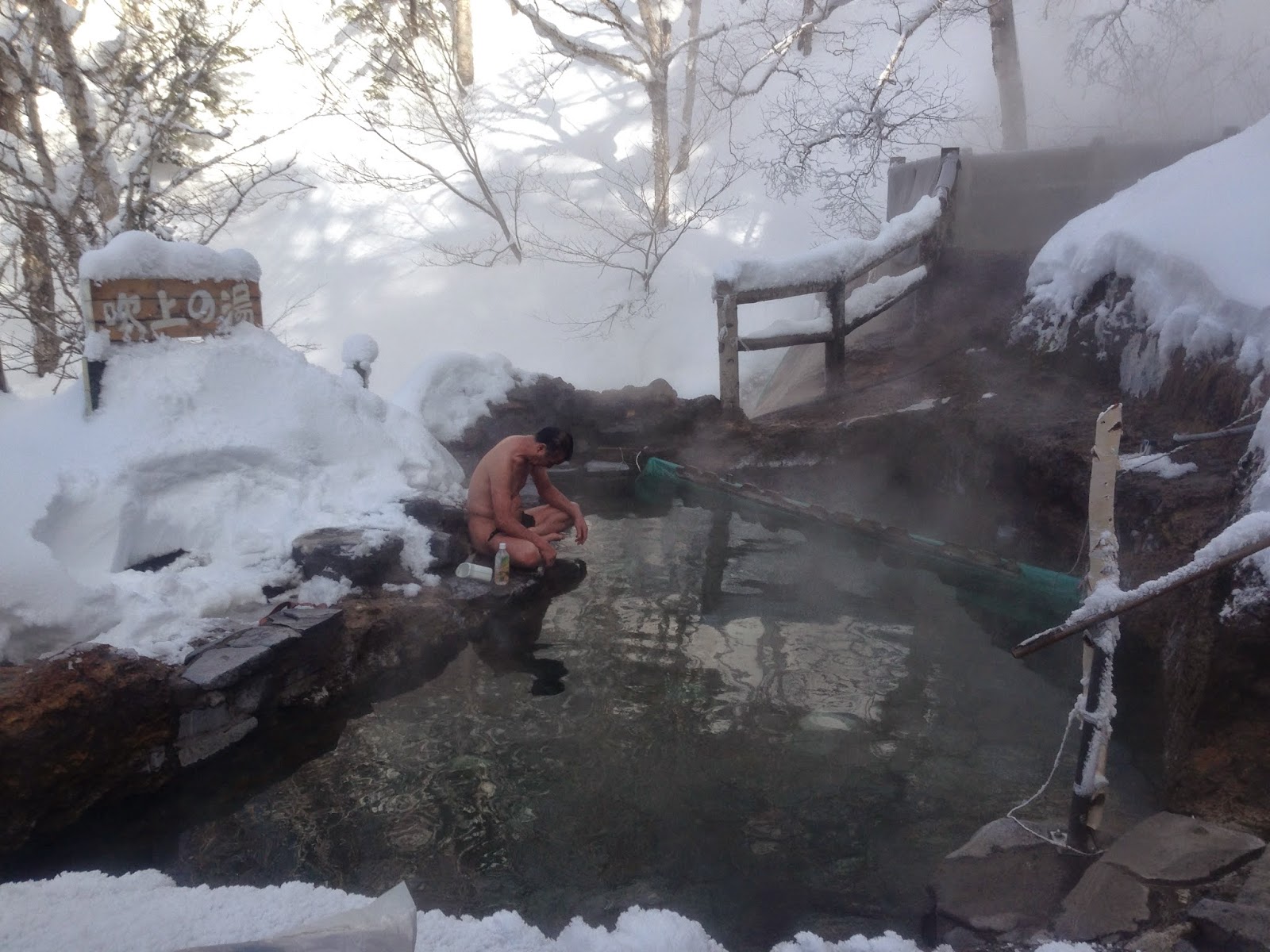 Fukiage Onsen in Tokachidake, Hokkaido, is one of my favorite outdoor hot springs in Japan. There are no changing rooms. Men and women bathe together in the two mixed-sex, konyokuburo, stone baths on the side of a mountainous forest. Meters of snow surround  the small baths in winter. The air is crisp and clean. In spring, summer, and fall sunlight filters through layers of colorful leaves. Distant vistas appear between gaps in branches or spaces between trees. Breezes carry earthy forest aromas. 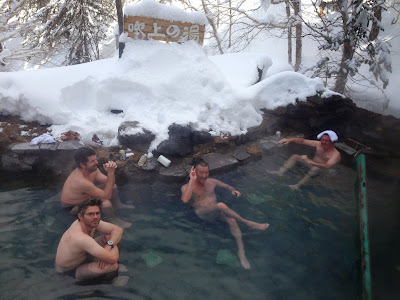 My last visit was a window into the comfort zones of various peoples. As I walked down a  shoveled-path of deep snow toward the baths, I saw one Japanese man in a deep state of hot-spring-induced tranquility. My wife and I greeted him and he responded with a warm smile. We spoke about the water quality and the atmosphere of the hot spring like two wine lovers would converse about a rare bottle of priceless French wine. Our conversation drifted to comparing and recommending onsen across the span of Japan from Hokkaido to Kyushu.  He was one of the most knowledgeable and experienced hot spring fanatics I have ever met. While we were speaking, a group of six Australians joined us in the bath. 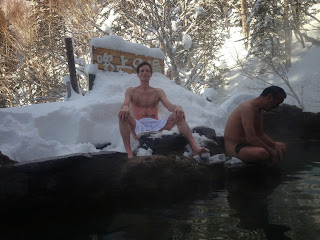 This was the first time to bathe with strangers for several of them. One had prepared in advance by wearing a swimsuit under his pants. Two kept their underwear on. The others were naked, which is how bathing in outdoor springs is commonly done in Japan. Without saying anything, the Japanese man grabbed a snow shovel and started shoveling snow into the bath to cool it down enough for the inexperienced foreigners. It was still too hot for one man who only lasted a few minutes. Not long afterward the others followed him. My wife, the Japanese man, and I stayed for at least half hour after their departure.He had already been there for several hours, soaking in the baths, soaking up the forest ambiance, and soaking into tranquility.

Our conversation about Japanese hot springs continued until we all headed up the hill. Later in the parking lot way  above the hot spring, he showed us photographs that he took out from his car. We saw him and his hot-spring-addicted friends building rocky baths around natural springs in various forests. He was rightfully proud of the baths that they had constructed in remote woods. The baths were simple baths constructed from natural materials. The people I saw were members of a Japanese subculture, people who relish relaxation in natural surroundings and are willing to work hard for their sensual pleasures. I love the springs built by such people. For me, natural hot springs are the best part of Japanese culture. Anime, manga, and cosplay are interesting, but it is the hot spring culture of Japan that touches my soul and warms my body.

Posted by Hotspring Addict at 11:20 PM